Weight Loss Nation Are Blueberries REALLY That Good For You? 2/9/18 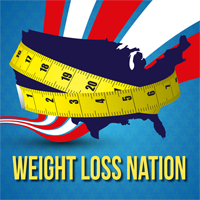 I am not a Doctor….nor am I a nutritionist or dietician. In fact, I have no degree in health whatsoever.

I research fruits, vegetables, and grains online…..just like anyone would do.  Therefore…..the information I am providing you is INFORMATIONAL and for your entertainment only.

If you have a medical condition or injury and you are going on a diet or meal program, please check with your physician first…. prior to beginning any diet or exercise program.

With that said…..let’s learn some things about Blueberries!

BLUEBERRIES THE KING OF ANTI-OXIDANTS!

Blueberries are “Native” to North America.  We finally have a GREAT Food Representing US!

In early America, The Native Americans recognized the health benefits of blueberries using them for medicinal purposes and as flavoring in their foods.

It wasn’t until 1910, that Frederick Coville, an American Botanist, discovered blueberries could only thrive in “acidic soil.”

In 1911, Elizabeth White, daughter of a New Jersey cranberry farmer read Coville’s Experiments in Blueberries….and invited Coville to use the family farm to partner with her in his experiments in blueberries.

“High Bush” means it grows tall!……Blueberries grow on bushes that reach a height…..of about 6 to 8 feet. They also produce a larger amount of berries on the bush.

By contrast….”Low Bush” Blueberries…a.k.a. “wild blueberries” grow close to the ground….being no taller than 2 feet high. The berries are smaller and “sweeter” than “High Bush” Low Bush berries are very “hardy” plants, and do well in different types of soil and climate.

Within the United States….the top Four States that produce “highbush” variety of blueberries are –  Michigan, Washington, Georgia and Oregon.

60% of the “High Bush” blueberries grown in those States are sold as “Fresh Blueberries” just like you buy a “pint of blueberries” in the store ….and the other 40% are converted into juices, jams or dried fruit.

The State which produces the largest amount of “low bush” blueberries is….the State of Maine.

More than a dozen U.S, States grow blueberries commercially, and all together, they produce over 550 million pounds of blueberries!

Chile and Canada supply the U.S. with the majority of imported blueberries.

I’ve stated several times on this show…….dark colored fruits and vegetables get their color due to the Flavonoid called “Anthocyanin”

Flavonoids provide the powerful anti-oxidants and anti-inflammatory properties and ……they produce the vibrant, dark color in foods.

That means that Blueberries…..are part of our “Pac Man” Family!

No surprise there Nation!  Flavonoids like….”Flavonoids” and “Flavan-3-ols” are highly effective in “searching, Fighting and help in Destroying Free Radical Cells” in your body, that cause cancer.

Blueberries also contain Vitamin C, Vitamin A and with the powerful Flavonoids – they help decrease inflammation in the body and help inhibit the growth of cancer cells related to esophageal, lung, mouth, endometrial, pancreatic, prostate and Colon Cancers.

Blueberries also contain Folate.    Folate plays a role in DNA Synthesis and repair. This can help prevent the forming of cancer cells due to mutations in DNA.

What a friggin nutrient-rich Fruit! You Go Blueberry!

All of those vitamins and minerals are components of bones. Iron & Zinc play Crucial roles in maintaining bone strength and elasticity of joints.

When you have a good intake of Vitamin K you will improve calcium absorption which may help reduce calcium loss or breaking of bones.

Blueberries have a HUGE amount of Vit C.

One Cup of Blueberries provides 24% of the recommended daily allowance of Vitamin C.

Vit C also is an essential nutrient and works to prevent skin damage caused by the sun.

Flavonoids have a unique relationship with Vit C, by helping “transport” Vit C throughout your body.  Flavonoids also help regulate the function of an enzyme called “Ascorbate Oxidase” which converts Vit C into a NON-Vitamin form.

I have no idea why that is important to the cells in your body…..but it is….so eating foods rich in Vit C and Flavonoids is important!

Blueberries also have a HIGH amount of FIBER.

When you feel full ……you don’t EAT as much! That automatically reduces your Calorie intake.

Blueberries also have Vit B6 and Folate which helps prevent the buildup of the compound known as “Homocysteine.” Excessive buildup of Homocysteine in the body can damage the blood vessels and lead to heart problems.

Sound Familiar……of course it does! There have been lots of publicized research on RED wine, which contains Resveratrol. The Resveratrol is found in the skin of red grapes…..but….Resveratrol is also found in BLUEBERRIES!

The Resveratrol is found in smaller amounts in Blueberries, but HEY……Resveratrol is an anti-oxidant and anti-inflammatory phytonutrient!

Calorie wise……One Cup of Blueberries has about 80 calories.

There are NO Cholesterol and 1.1 gms. Of Protein.

There are 21 gms of Carbohydrates

There are about 14 gms of sugar.

Blueberries are definitely the King of Anti-Oxidants !!

BLUEBERRY SEASON RUNS IN THE U.S. FROM APRIL THROUGH SEPTEMBER

& THEN IMPORTS FROM CHILI OCCURS FROM OCTOBER THRU MARCH, WHICH WILL ALLOW YOU ACCESS TO OUR “PAC MAN” FAMILY STAR ALL-YEAR ROUND!

Next week, I’ll have a Blueberry recipe for you ….. a REAL Recipe….I’m not going to give you a recipe for adding Blueberries to your Oatmeal. NO…..I’m going to find and execute a REAL Recipe that is Easy and Healthy for YOU!

Join us and join the community that LIVES a Healthy Lifestyle for Life!

Thanks to Pachyderm for the great music of “Happy Song“

That’s it for today Nation!

I want each of you to have a Happy, Healthy and Peaceful Week!